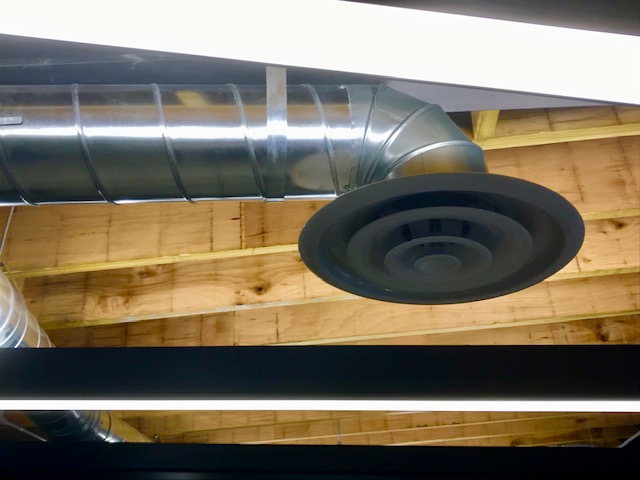 Central air and forced air are commonly confused as separate entities. Sometimes they are mistakenly referred to as individual heating and cooling systems in the HVAC industry.

While it is true that central air and forced air are separate components within an HVAC system, only one of them tampers with the temperature of the air.

How Central Air and Forced Air Fits in the HVAC Industry

What Is Central Air?

Central air refers to any regular air conditioner system, which is also called ‘central air conditioning.’ Air conditioners use a closed-circuit composed of a compressor, a condenser, and fluid-filled refrigerant lines to induce a chemical reaction.

The process of ‘refrigeration’ describes the latter method, in which refrigerant is repeatedly transformed from a liquid to a gas, and vice versa. The resulting reaction removes heat from the air, which creates the desired chilled atmosphere. The same process occurs in any fridge, as well.

How is Central Air Different from Central Heating?

There is little difference between central air and central heating other than the desired reaction that occurs. Like with central air, central heating refers to a furnace or boiler that generates hot air. Likewise, the reaction occurs in a secluded location in the furnace, where the air is pushed out through the duct system.

What is Forced Air?

Forced air refers to the duct systems that carry warm or cold air in an HVAC system. Through fans’ use, air ducts can manipulate gases to move and universally heat or cool a structure through its interconnected network.

These systems can also be powered by either electricity or gas, referring to the blower attached to a furnace or air conditioner. In other words, ductwork mainly utilizes structure and a simple fan to work correctly.

What are the Advantages of Forced Air?

While they are not required for a home to enjoy climate adjustments,  systems with ductwork are the most common. They are especially useful for large homes, where it is difficult to adjust the entire structure without ducts evenly.

The advantages of a ductwork system generally outweigh any potential cons; however, this could change depending on living conditions. Some living quarters, like condos, may not be equipped with ductwork by default. A window air conditioner would be used in a scenario such as this.

The following represent some disadvantages of having a central air conditioning system attached to ductwork.